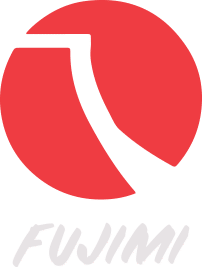 Fujimi is a combination of Fuji (藤) meaning “welcome” or “tenderness” and Mi (美) meaning “Beauty”. We want the guests to always feel welcome and enjoy the cuisine beautiful in taste and appearance.

The owner and head chef, Koji Janne Fujikawa, was born in Tampere where his mother comes from and raised by food industry family in Tokyo. The Mt. Fuji logo of Fujimi originates from the company that his father and uncle founded.

As an exchange student at Tampere University, he was reconnected to his Finnish origins, “One day, I want to live here and bridge the two countries I love”. After working in Tokyo as a restaurant manager and a food product developer for over a decade, he finally decided to pursue his dream and moved to Tampere where he started working for a Japanese restaurant and running the pop-up restaurants with his wife, Mariko.

Yoshi Kosuge, a foodie and entrepreneur, went to one of his pop-up restaurants and fell in love with his cuisine, the authentic Tokyo taste that took back to his home town. Together they decided to start the restaurant business in Tampere and took the first step to spread the authentic Tokyo food culture in Finland.

Fujimi Will be closed on 6.12, itsenäisyyspäivä